The Torre a Cona wine estate stands strikingly in the Florence hills, only 10 kilometres from the birthplace of the Renaissance. Owned by the Rossi di Montelera counts, the 18th-century villa dominates the surrounding Chianti vineyards and olive groves, which encircle traditional Tuscan farmhouses lovingly restored and furnished by the countess. 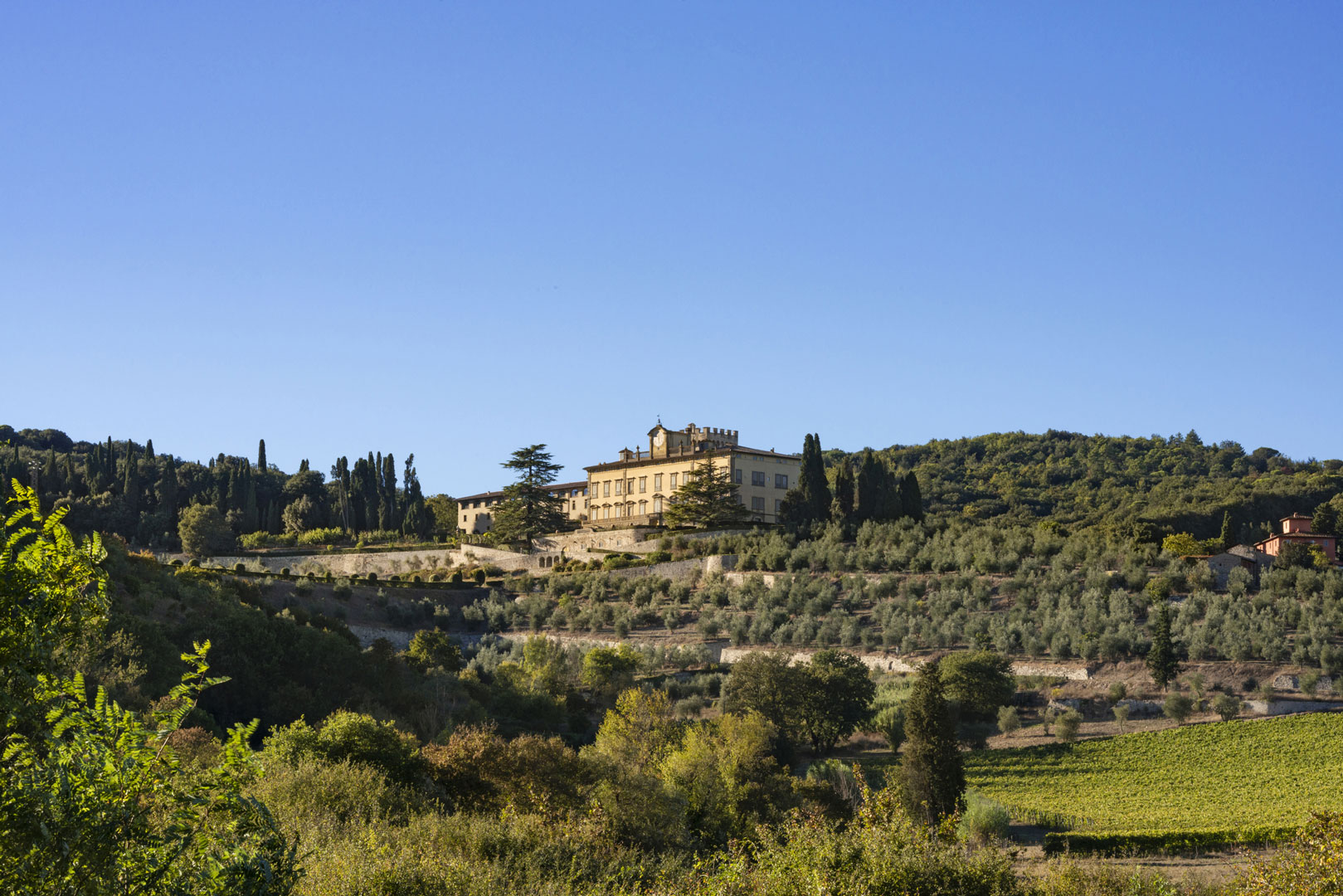 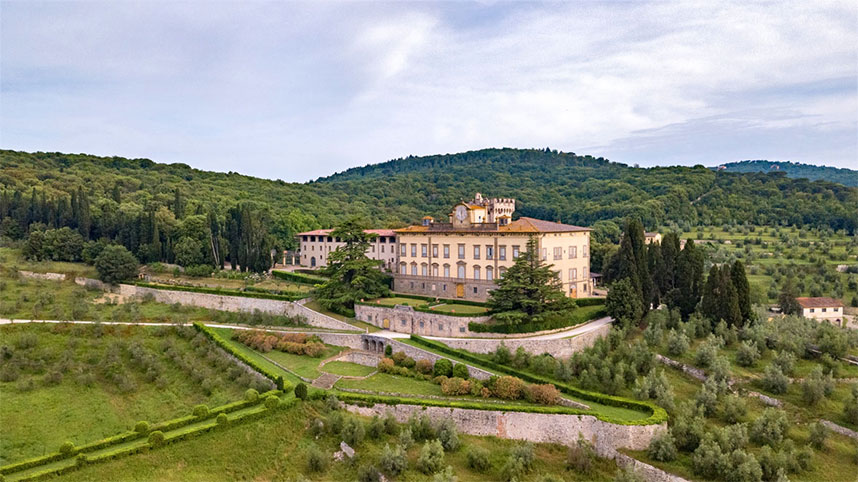 One of the most magnificent 18th-century villas in central Italy. 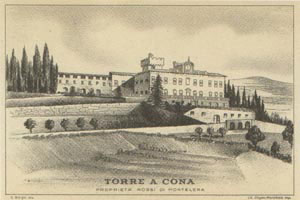 The earliest mention of the Estate appears in a document dated 1066. Referred to as Quona Castle, it was nothing like the place we see today. With the exception of the impressive twelfth-century tower, the settlement was razed and rebuilt between the twelfth century and
1750. Historic windmills stood on the Estate in the late 19th century, as depicted in several paintings. That was when the noble Florentine.
Rinuccini family commissioned the castle as it is now. 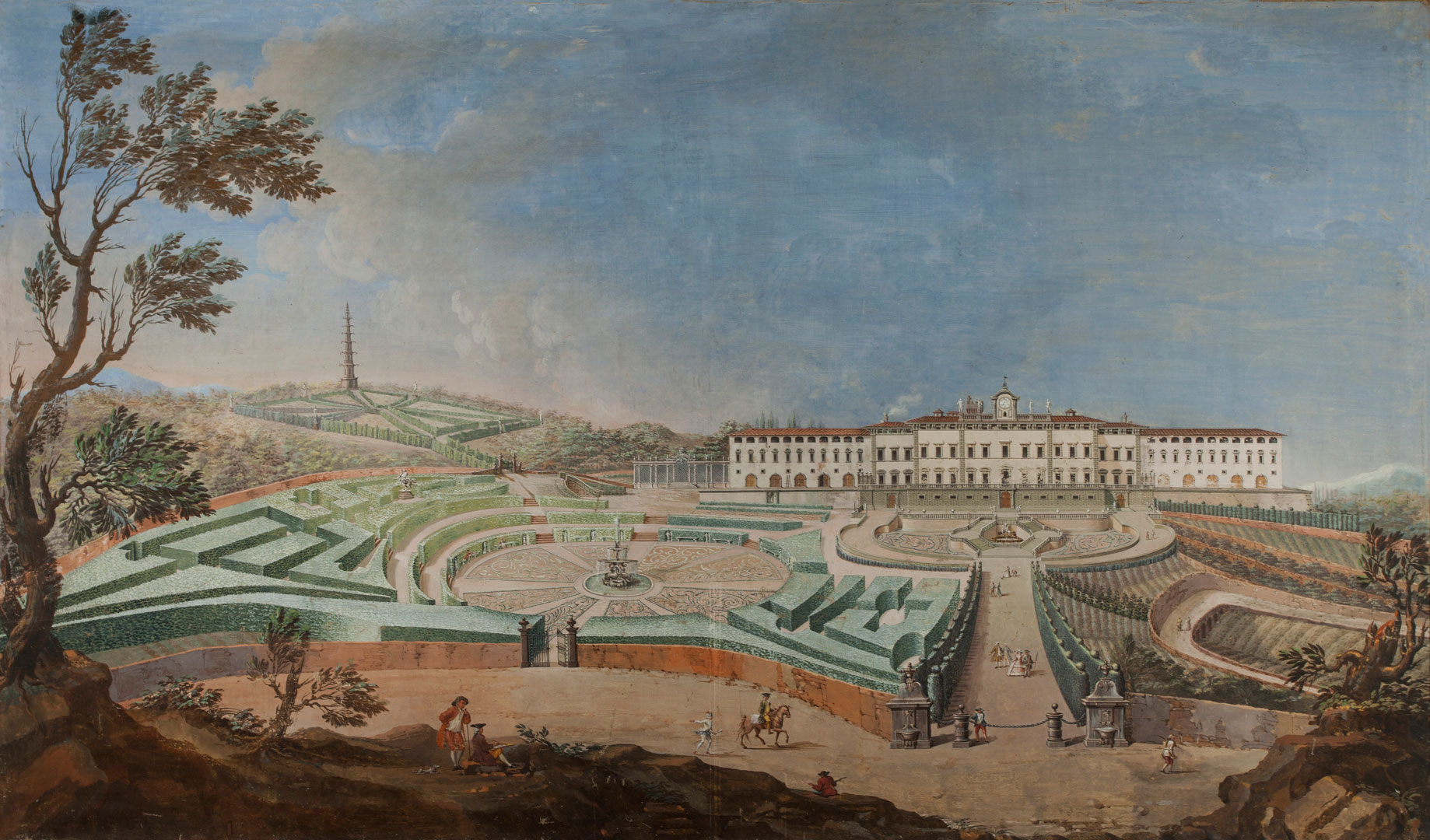 Having made their fortune in the mercantile trade, famous family members included Ottavio Rinuccini, who became the world’s first opera librettist with Jacopo Peri’s Dafne in the 16th century, before going on to work with Claudio Monteverdi on Il ballo delle ingrate.
In the mid nineteenth century, the Rinuccini family sold the villa to the Trivulzio counts from Milan, who 34 years later, in 1882, gave it to Baron Padoa. The estate’s current owners, the Rossi di Montelera counts, purchased the property in 1935.
During the Second World War, the villa became the headquarters of the German Army before passing into the hands of the British in the summer of 1944, who used it as a hospital. Various works of art by Michelangelo and Donatello were sheltered in the cellars of Torre a Cona during the war, including statues from the Medici Chapels and Florence Cathedral. The knowledge that these masterpieces were stored here saved Torre a Cona from the bombing.
After the war, the Rossi of Montelera family resumed possession of the estate and commenced the restoration and maintenance that continues today. The younger generation of the family has undertaken a wine tourism project to share this magnificent estate with guests visiting Florence and Tuscany.

Winter Break a Torre a Cona

Our Rooms and our Osteria are closed for winter break, but you can always contact us for visits and wine tastings.
Book your wine tasting directly at winetasting@torreacona.com